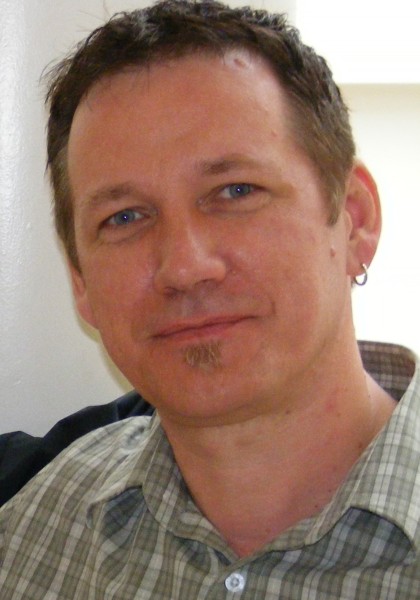 My organbuilding career started over 40 years ago as an organbuilding apprentice in my native North Germany in 1978 with Andreas Andresen, Kiel, a small organ workshop, building tracker instruments. During that time I also attended the Organ Building College in Ludwigsburg, Germany becoming a journeyman in 1982.

In the years following my apprenticeship I gained knowledge and expertise in voicing and tonal finishing, tuning and maintenance and the installation of several new pipe organs while I was with Emil Hammer Orgelbau in Arnum, near Hannover, Germany.

Travel brought me to New Zealand in 1985-86 and I immigrated there in 1989. Working with instruments of mainly British origin I was involved with the restoration of some major historic instruments in New Zealand and in Australia while I was with the SIOC, Timaru.

In 1994 I started my own business in Wellington, New Zealand and was soon awarded the tuning and maintenance contract for the Wellington Anglican Cathedral. Other contracts soon followed and by 1999 I looked after nearly fifty instruments on a regular basis. In 1997 I was awarded the tuning contract for the new Rieger organ in Christchurch ahead of the well-established competition. I also was the curator for the Gebr. Reil organ at Victoria University (now New Zealand School of Music), Wellington.

During my time in New Zealand I have tuned instruments for concerts of organists such as Dame Gillian Weir, John Scott, Christopher Herrick, David Titterington and many others. Furthermore I also prepared the instruments for three CD recordings:

With the lack of substantial work in New Zealand and the desire to return to building new instruments I moved to Canada to work for Hellmuth Wolff. While in Canada I was involved in the finishing stages of the restoration of the 1790 England & Son organ for the Anglican Cathedral in Quebec City and the building of two large new instruments.

In 2006 my wife Tania and I received the US Green Card and we settled in Rocky Mount, Virginia, where I took up a position with QLF Custom Pipe Organ Components. In 2010 I joined the team of Taylor & Boody Organ Builders in Staunton, Virginia until 2013 as Technical Designer during the building of their largest instrument for Grace Church in New York, NY.

Rohlfs Pipe Organ Services was initially founded in 2008 to provide tuning and maintenance services in Southwest Virginia. Since then the business has grown considerably and I am servicing an increasing number of pipe organs in the larger Southwest Virginia.

I am a member of the American Institute of Organbuilders (AIO), the Organ Historical Society (OHS) and the American Theater Organ Society (ATOS).